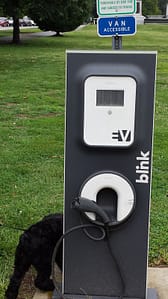 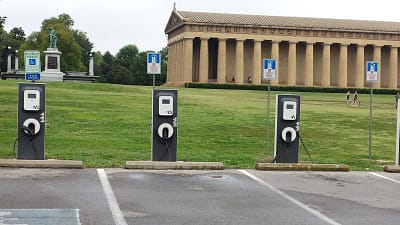 The images above are courtesy of a colleague who recently went to Nashville, TN.  They depict publicly available electric vehicle charging stations in public parking lots.  Many new technologies, such as electric vehicles, beg the question of “Which comes first the chicken or the egg?”

This is where we would like your feedback, as we muscle through the regional financially constrained multimodal long-range transportation plan (CLRTP 2040) planning process.  Should we plan for and anticipate providing infrastructure, such as electric vehicle charging stations, before there is a critical mass of ownership in or region?  Or should we wait?

Other aspects of this question to consider are:

We need you feedback on all of the above and other aspects of this question.  Please don’t be shy add your feedback in the comment section.

5 thoughts on “Electric Vehicles – Which comes first the Chicken or the Egg?”